Send us an email


Do you have any questions, ideas or suggestions for us? It’s easy to get in touch – simply use our contact form.

Psoriasis – what is it?

Psoriasis is a genetically determined, inflammatory skin disease that is characterized by scaly patches of skin and severe itching. It is the second most frequent chronic skin disorder after atopic dermatitis. Neither psoriasis nor atopic dermatitis is contagious. Approx. two million people in Germany affected by psoriasis. Children are affected much less often by the disease than by atopic dermatitis; it first occurs before the age of 40 in more than 50% of sufferers (Type 1 psoriasis). The later type (Type 2 psoriasis), in which psoriasis first starts at a more advanced age, is less common.

Besides the skin, this disease can affect the nails, blood vessels and organs, and also the joints. Although psoriasis is not contagious, many patients suffer from being excluded from social settings, as well as from the associated psychosomatic problems and restrictions to their quality of life. Normally the disease progresses in phases, with alternating acute and symptom-free phases. Both the degree of severity and the duration of the acute phase can differ greatly from individual to individual. The inflammatory response is a central element in the acute psoriasis phase. Skin renewal is much quicker than normal in this phase, which means that an excessive amount of new skin cells are formed. This contributes to the typical build-up of flakes. Despite effective therapies with which it is possible to handle the symptoms relatively well, there is no ultimate cure for psoriasis at the moment. 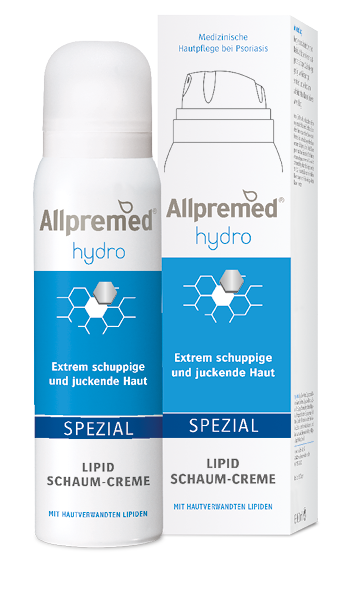